This month six members of BCC Portrait SIG met up for a natural light portraiture workshop working with a model.  Since the New Year we were encouraged to take selfies in natural light and this seemed the obvious next step to improve our skills.

Fortunately, Alan Edwards had the perfect contact in Daizie, a model with whom he had already done some work.  Steve Buesden sorted the venue finding a reasonably bright space at the Bradbury Centre in Wokingham where we could take advantage of the light coming in through the windows.

Steve provided some great support giving a bit of tuition to those of us who are relatively new to portraiture and, more particularly, working with a model.  Franco Molteni said, “I had never worked with a model before, and it turned out to be a very relaxed and enjoyable experience”.

We were then allocated 2 x 8-minute time slots each with the option to work on our own or supervised by the experts Steve and Alan.  Franco commented “the help from Steve during my first session was really important”.   After various degrees of guidance, we all seemed to be confident enough to run with it solo.

Steve Buesden said, “the limited time available adds a little excitement and pressure and that makes you a better photographer.”  Surprisingly this was plenty of time to work with Daizie who is a very pleasant young lady, relatively new to modelling but very willing to take direction.

Jeff Lawrence commented, “working with natural light simplified our group’s first session with a model”.  It was great not having to worry about studio lighting and just concentrate on engaging with the model.  This seems a valuable way of gaining experience before being introduced to the science of soft boxes and the like.

Franco said, “it was very useful to see how other photographers were interacting with Daizie, and. I liked the opportunity of having two sessions with different styles of clothing and make-up. Daizie’s look changed significantly, and this is clearly captured in the portraits”.

Mark Wright added “I really enjoyed the opportunity to take portrait shots that were more than passport or family images. It was particularly good working with the challenges of natural light. Looking at the images, I was struck by how changes in position could radically alter one’s appearance.”

Steve Buesden said it was “a great afternoon spent with like-minded people doing the things we love. “

I found it useful that only four days later we were able to meet over Zoom to chat about the success of the session.  Alan Edwards commented “how nice it was to do a group event again”.  We reviewed our images.  Alan said “I was surprised how many usable images I made in my two eight minute slots”.  We talked about our post processing choices.  Jeff Lawrence said he “chose to use monochrome and some light post-processing and was pleased with the result.  I was also pleased that my image taken on a smartphone, was as crisp as I needed it to be”.

We can learn a lot from each other.  I plan to investigate some of the valuable YouTube resources that were recommended for enhancing eyes.  I very much look forward to working again with a model having discovered it is not that daunting.

Franco nicely summed up all our thoughts saying, “many thanks to Alan and Steve for organising the event, to Daizie for being friendly and cooperative, and to everyone else in the group for the pleasant company and support.”

Take a look at some of the images taken during this workshop and if you are interested in getting involved, please contact Alan Edwards. 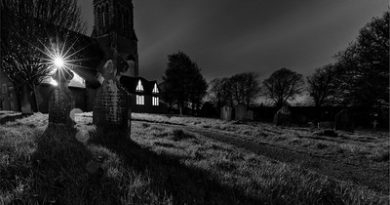